Its been an exciting week as Apple unveiled their newly redesigned iPod line up at their annual event on Wednesday. According to Steve Jobs, “It’s the biggest change in the iPod line ever.”
Below you’ll find details on their three main models and the new changes you can expect. Fans of the iPod classic and its clickwheel can still rejoice since Apple has kept the product alive after fears of it being discontinued. When it comes to storage the iPod classic is still the king with 160GB of storage. 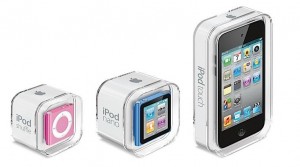 The new iTouch is turning into a mirror image of the iPhone 4. The new version will have a front facing camera for FaceTime video chat as well as another camera on the back. The 8GB model will be priced at $229. Thats up from the $199 Apple used to charge for the previous model. The 32GB is priced at $299 and $399 for the 64GB.

The biggest design change Apple has made all year is surely with the Nano. The new iPod loses the buttons and goes to a full touch screen design. Apple has practically shrunk the Nano by half and also took out the camera they introduced last year. Video playback which has also become a popular feature has been removed from the new iPod. This will likely drive consumers to upgrade to the iTouch which comes equipped with both of those features. The pricing on the Nano has not changed and remains at $149/$179 for the 8GB/16GB versions.

The smallest in the iPod line has gotten even smaller coming in at 1.14 inches in height compared to the previous 1.8. Apple is also offering the Shuffle at an all time low price of $49 for the 2GB version. The shuffle also gets the buttons back which were integrated in the headphones on the previous model. The new Shuffle will also have voice capabilities which allow it to speak your playlists and even tell you when your battery is running low.

iPhone Repair New York ™ which is a division of LaptopMD is closely monitoring all the technical changes in the new iPods and will be ready to offer quick and easy repairs like we always have. We still charge less than half the price Apple charges with our usual lighting fast turnaround. We provide free repair estimates while you wait and we won’t charge you anything unless we perform a repair. If we can’t fix your iPod or iPhone, we won’t charge you anything. This is the iPhone Repair New York ™ guarantee. Call our repair specialists today or visit our Manhattan iPhone repair center. 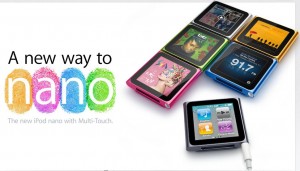 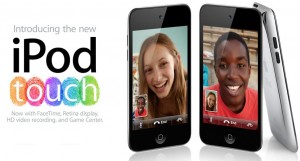