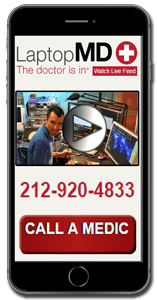 Are “Phablets” phasing out Tablets? Not only are the iPhone 6 and 6+ flying off shelves, tablet sales have lowered 30% according to Best Buy CEO Joy Hubert. Is there a correlation between increased iPhone sales and lower tablet sales?

Apple’s big fourth quarter has made them number one in the global smartphone market. Additionally, the demand for the iPhone 6+ supports a widespread belief that large smartphones, now deemed Phablets, are usurping the tablet market entirely. Business Insider released a report that predicted sales of Phablets will outnumber tablets 3 to 1 by 2019.

Between the second quarter of 2012, and December of 2014, tablet shipments have dropped 300%. With 5+ inch phones such as the iPhone 6+ and Galaxy Note being released, the gap between the size of tablets and the largest smartphones is narrowing.

Many consumers are simply feeling like LaptopMD CEO Arthur Zilberman, who noted “I no longer understand the need for so many mobile devices when Phablets like the Galaxy Note 4 or similar are basically all-inclusive machines.”

Time will tell what will happen to tablets, but if the current market is any indication, the Phablet may rule the device market with an iron fist.