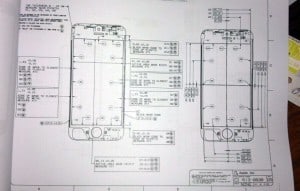 Not too long after Apple’s post-Jobs CEO, Tim Cook, promised that Apple is tightening security around their product launches, it seems that detailed schematics of the new iPhone5’s front panel have been leaked, and possibly by more than one person. First appearing in a blog by iLab, then arriving at the blog of non-approved iPhone App Store Cydia, and finally hitting MacRumors. And here they are now, in all of their blue-printed glory.

It seems that in the last couple of days/weeks the leaks and rumors have been flying fast, and coming together to form a more complete picture of the new iPhone design and specs. Granted, there is the usual hoopla by true believers who insist that every single one of these leaks are a clever plant by Apple to throw media and competitors off the real trail, but honestly that seems absolutely ludicrous at this point. Why? A couple of reasons: 1) Jobs was the real secrecy buff, and with him gone I imagine we will begin to see a big part of this culture of fear and secrecy fall apart. Without him there to bring down the wrath of god on any leakers, I think we’ll start to see a decades worth of repression bubble up into sloppiness and intentional leaking. 2) Apple is a month to 3 months away from launching this thing. There’s absolutely no point in throwing off competitors at this point, since no one can really do anything about anything at this point. And as far as the media, they get worked up into a frenzy every time an iPhone is launched. No need for PR stunts here. Lastly, over the last 3 or so product launches, we’ve seen that rumors and leaks that came within 1-3 months before the product launch were pretty solid. END_OF_DOCUMENT_TOKEN_TO_BE_REPLACED 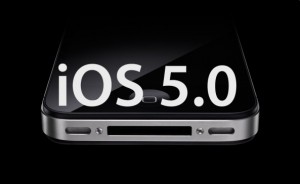 Well, it’s almost time to go back to school and it looks like lucky students who’ve waited patiently may well just get their hands on the iPhone 5 before getting back to class. With the release of iOS 5 Beta 5, it looks like Apple is closer than ever to releasing the new generation of iPhone. If you’ll remember, the hold-up with iOS5 was the major reason for Apple to deviate from their typical summer release schedule for the new iPhone 5. So what’s going on with the 5th iPhone? Let’s see if we can’t break it down a little bit: