Because people needed more reasons to jump ship from AT&T to Verizon once the iPhone4 hits their shelves, a new lawsuit alleges that AT&T might have been overstating data use by customers…by as much as 300%.

The suit, filed Jan. 27th by Patrick Hendricks, an iPhone owner on AT&T’s low-tier data plan, claims that Hendricks and his attorneys used an independent consultant to accurately asses data transfer on AT&Ts network and compared it to the data transfer recorded on the wireless carriers statement, reaching the conclusion that most data transfers were overstated by 7-14%, and in some cases going as high as 300%.

This is a huge deal since ATT discontinued their unlimited data plans last June and switched to a capped, tiered system, with hefty penalties for going over your monthly cap by so much as one kilobyte. 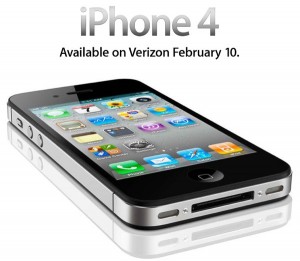 END_OF_DOCUMENT_TOKEN_TO_BE_REPLACED

After years of speculation and rumors, Verizon Wireless(VZW) COO Lowel McAdams joined his CEO Dan Mead and Apple COO Tim Cook on stage at the Lincoln Center Tuesday morning to announce that the wait is finally over. The iPhone 4 for Verizon is real, and it will be falling into customers’s hands as early as Feb. 3rd for existing VZW (Feb. 10th for the rest of us). 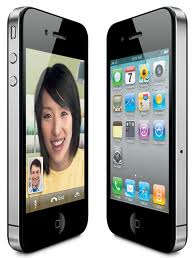 The gathered captains of industry spoke at length about Verizon’s network upgrades and planned changes, but it was obvious everyone only cared about one thing: What is the Verizon iPhone 4 going to be like?

Well, for starters, and much to the disappointment of millions, the phone is based around the CDMA chip-set. The chip, which is being phased out by Verizon for the new LTE 4G standard, is notorious for not allowing data and voice to be used simultaneously. That means if you’re using your phone as a navigation device and a call comes through, you’re temporarily out of luck and either have to wing it until your call ends or pull over lest you drive off a cliff.

On the plus side, not only is the CDMA issue scheduled to be corrected later this spring, but the Verizon iPhone has built-in mobile wi-fi capability. That means you’ll be able to use the phone as a portable hot-spot for up to 5 devices, something AT&T is doing their hardest to prevent on their devices. You also get access to Verizon’s unlimited data plan. It’s slightly pricier than AT&Ts plan, but doesn’t cap data transfer at 2 gigabytes per month.

The last major news is that Verizon is still not releasing the white iPhone 4, and remains mum on the exact date that it will be available, saying only that it will come out “later this spring”. Lucky for you, I happen to know a great place that will take your plain, boring, black iPhone4 and turn it white. So until Apple get’s moving on that, stop by and we’ll give your new Verizon iPhone4 a makeover before any of your friends get one.