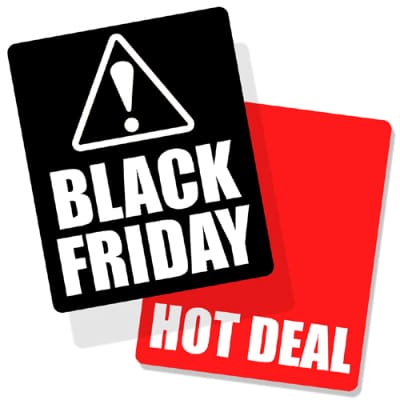 It’s that time of the year again: the streets smell of chestnuts roasting, the Rockefeller tree lights up the night, and Oh Ya SHOPPING! Hours waiting outside, the lines to buy what you wanted the joys of holiday shopping are here. With Black Friday coming up this week to kick off the season we wanted to know what deals were worth climbing over people and standing in line for. Here are the deals that we’re standing in line for:

Netgear is synonymous with routers and this is one of their crown jewels. With dual band technology ensuring top WiFi speeds, while gigabit bandwidth offers ultra-fast wired connections.

Why have multiple hard drives when you can back everything up onto one? This 3 TB external has enough room for all of your media. If you manage to fill it I have just one word for you: “WOW”.

We all know Samsung makes one of the best screens on the market, but back that up with a 750GB HDD and a Core™ i7 CPU and we’re talking serious fun! Netflix will look so nice on this laptop.

Welcome to the era of tablets!  This is the perfect laptop alternative: simple to use and light weight. The Thrive runs on the Android Honeycomb OS so you can play and work at the same time.

Do you struggle at telling stories? Show the whole family what happened in high definition with this HD camera. Afterward you can download everything directly to an external had drive to keep for perpetuity.

Even though we don’t know how much the iPad 2 will be marked down yet, we do know even a little markdown is worth it.

And seriously: it’s an iPad2!

All Apple iPad 2 On Sale at Best Buy

As we have said before Samsung make one of the best screens on the market. Their HD TV’s almost redefine the term HD. With prefect color and unbelievable depth this is easily THE home TV to get this Black Friday.

Now that you have your HD TV, you’re going to need to get a Blu-ray player to go with it. Sony’s has you covered! You can’t get bragging rights to a home entertainment system if you don’t have a Blu-ray player.

Best Buy and Target will be selling the Sony BDPS370 Blu-ray player for $99.99

Now that you went HD in your whole house there’s just on thing you forgot to upgrade: your monitor! With more and more people moving away from desktops it’s easy to forget them, but Staples has a great deal to squeeze every last perfect pixel out of your desktop.

Of course being the compulsive deal hounds we are, we’re going to be keeping a close eye on things until Thursday night. Any tips? What Black Friday tech deals are you looking forward to?