A little variety is needed with everything. No one wants a plate full of veggies, or a plate full of meat (well, most of us don’t). Why should we settle for such a monopoly in the phone market?

Apple, Android and Windows phone account for 95% of the modern phone market, but there are at least a half dozen other open source operating systems. Why don’t we hear more about them? Why are the politics behind our most integral modern device ran by pretty much two companies?

The dominance of Android and iOS make it hard for other operating systems to stake their claim in this market. It would be understandable if the two industry giants were fullproof, but that’s far from the case. Android operating systems are increasingly susceptible to mobile viruses and other security concerns. iOS is extremely restrictive. Users have to go through iTunes for pretty much everything unless their phone is jailbroken, but why does it have to come to that?

One quick search of “alternative mobile operating systems” reveals a plethora of articles from 2013-2014. What was “up and coming” then is apparently nonexistent today. The current debate is strictly confined to a tag team duel between Samsung’s S6 Edge and Galaxy S6 and the iPhone 6/6+ smartphones.

Samsung releases devices with other operating systems, such as their Tizen-powered phones and upcoming Cyanogen Android mod, but they pale in comparison to their stalwart Galaxy series. The thought of an iPhone without iOS is more laughable than the Bendgate memes. 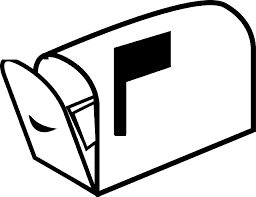 Is there any hope for progenitors of the other operating systems? Will Windows or Blackberry have something up their sleeve to become a real contender, or is the mobile market destined to be a two-brand race forever? Send your thoughts to pr@www.laptopmd.com, or discuss it more on our Facebook page.